While working at Astronautics, I created the widget toolkit and built the UI for the NEXIS flight system, as well as the previous 787 flight system. 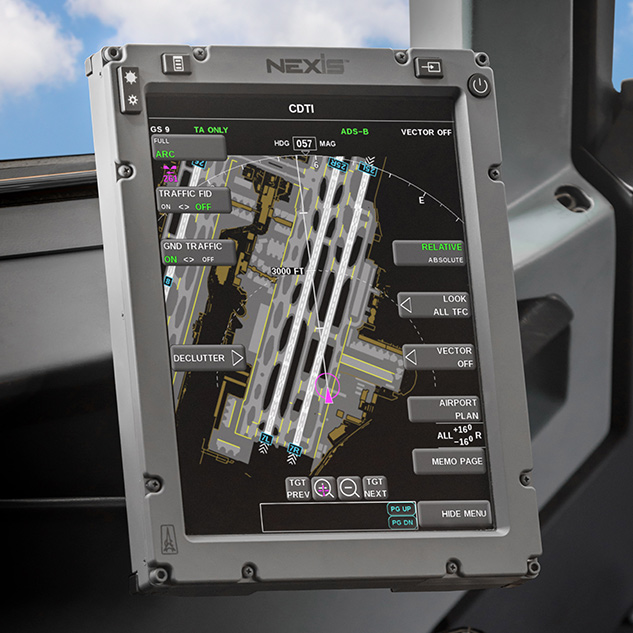 For the airport map, which typically had tens of thousands of polygons, in order to get good performance out of the Intel Graphics chip at the time, I created a minimal software renderer that drew on tiles, and uploaded them as textures to be panned. This allowed for better image quality, as the antialiasing of the Intel Graphics was poor, and since the rendering was cached, it boosted the FPS from ~3FPS (rendering all the polygons every frame) to the 30FPS cap (software pre-rendered tiles).

I also created a collision and bounding framework that kept relevant or important information on-screen even if it was located off-screen or beneath a UI element. This covered both cases such as other airplanes that would be off-screen with the current view but required the pilot to be aware of them, as well as other elements such as the runway identifiers such as “25R” in the picture below sliding with the runway edge to stay on-screen. 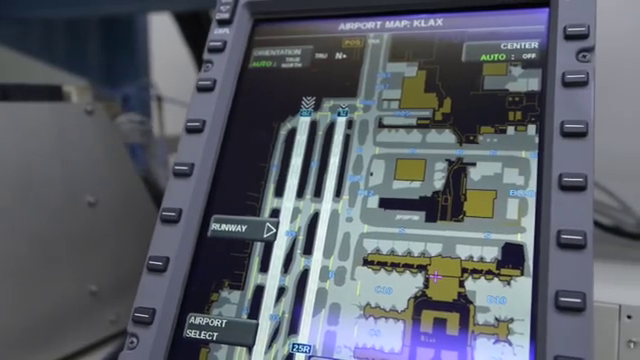 Had a blast while working at Skype. I had the fortune to work with Sony on porting Skype to the PS Vita. Being a fan of games and handhelds, it was exciting having my professional life cross over to gaming for a short while.

One of the more interesting things involved in the PS Vita port of Skype was that I had to modify the Skype audio encoding to enable it to use a PS Vita hardware-accelerated audio codec for SILK, the first time that SILK had not been a software encoder for Skype. Luckily for me the Skype audio codec engineers are a fun, smart, flexible bunch. They took the time to explain the intricacies of the encoding path, and helped me find workarounds so that we could plumb it to a hardware version of the codec.